Sadie and Jesse, two hot bods living in a cute ass house in Asheville NC. These two are my best friends, and I see them at least once a week because I love being the third wheel in their hella cute and wholesome relationship. So this photo series is here to commemorate their awesome-ness, to celebrate their newfound (not so new) relationship, and to just put out their good vibes to the world because I think we need a little bit more of it.

Also, they just let me create whatever I wanted for this session and shout out to you two for letting my creativity run wild.

When I shot this session, I was in the middle of a creative crisis. I was unsure of what my photography was, and I started to feel like I didn’t see myself in my work anymore, and that’s one of the worst things to happen to an artist. I would go through my photography and see other people in them but not my own voice. To remedy this feeling of stuckness, I set up a series of shoots that were just for me- and this is one of them. Also, I just wanted another excuse to break out my fog machine.

How I shot this

I shot this session on digital, Polaroid, and 35mm film (color and black + white). My partner, Alex, shot all of the 35mm on his Leica M3 (shout out to Alex). I used some ‘roid 600 film in my SX-70 because I wanted to showcase the ambient light in my ‘roids. That glow you see in the photos is because of my new special filters, and I swear they are a game-changer. Oh, and I used my fog machine, and I never get to use it, so it felt so dope to smoke up their entire home (no fire alarms were triggered).

To create the vibe and emotion of this first home photoshoot, I asked Sadie and Jesse a series of questions to help me create photos that actually mean something to them. When Asheville nc engagement photography puts people in poses that don’t feel like them and have a cheesy feeling, it just doesn’t click or feel right. Jesse is a film photographer, so it just made sense to have him photograph Sadie like how he would at home. Sadie likes to cook for the two of them on weeknights, and it felt natural to have them hang out and cuddle in their kitchen. It’s shit like that that makes these photos feel like they aren’t posed. Engagement photography is about photographing your love and relationship as it is without your engagement photographer over-directing the shoot or pictures.

For Sadie and Jesse, they felt that they would feel more like themselves in the comfort of their home. But for you, that may be different! Savannah and Darren decided to celebrate their relationship in the grandeur of the Grand Tetons because being outside is what they love and value as a couple.

I like to ask the couple questions/prompts/homework to help me tailor the session to their unique relationship. I asked them things like “what are some weird things you do with one another that you don’t do in public” or “think of things you love about each other and during your session, I’m going to have you write them down and share it with each other.” I took their responses and made them reenact those weird things they do together and write those love letters to one another. How sweet and tender :’)

To make their first home photoshoot feel more like a group hangout, I spent like 3-4 hours with them, and we had dinner together. It was nice to hang and have a glass (bottle) of wine together and just chill. After we were sufficiently inebriated, we kept shooting, and that’s where the darker/second half of the shoot happened, and it felt like magic.

I hope you like these photos as much as I do :’) 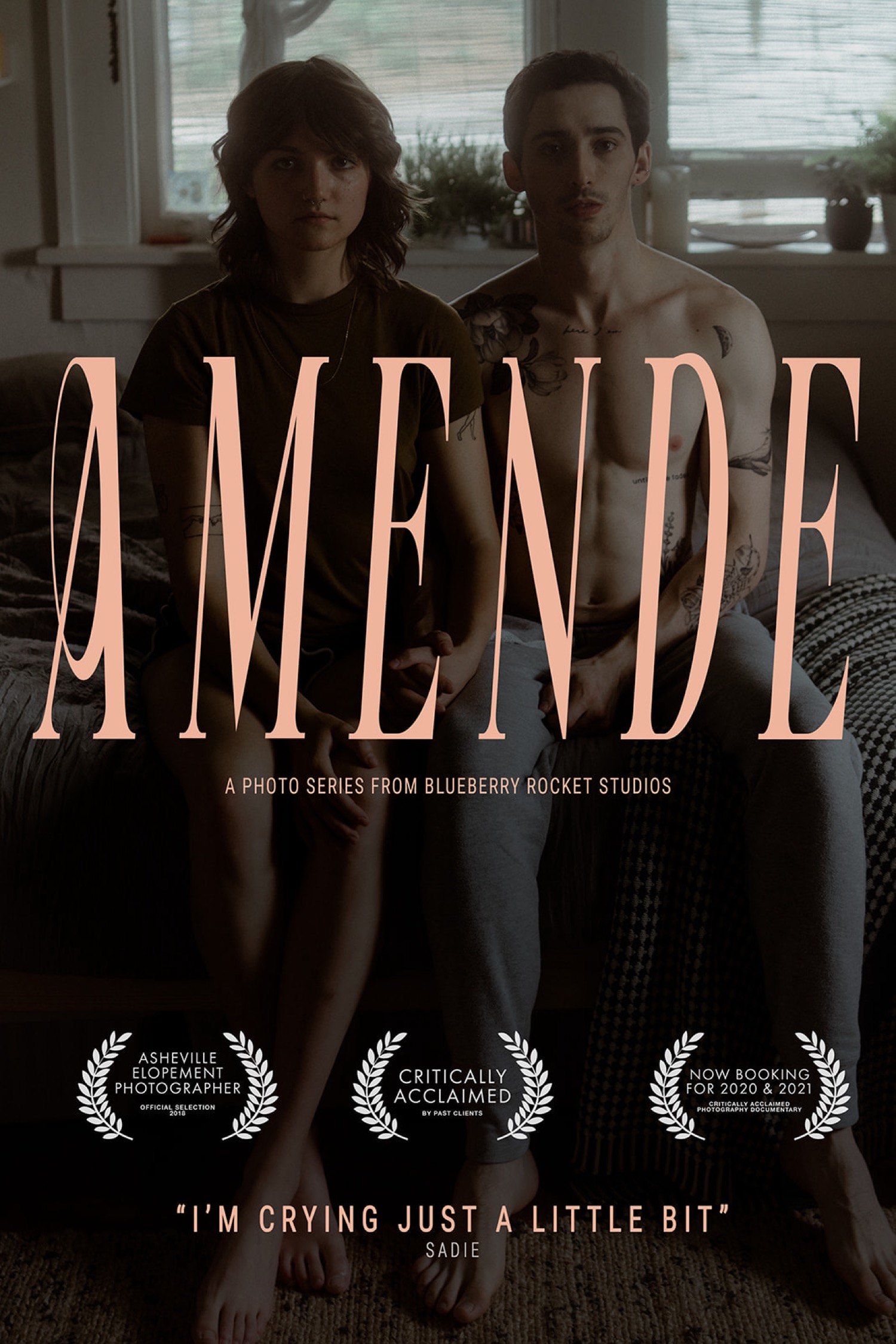 Love all the behind the scenes frames…and your gear list!

Just wow. Your work is amazing and just so beautiful. I love how you also described how you approached everything. Super cool!

Thank you, Sierra! I’m stoked you like the photos and my photography approach 🙂

The colors + tones in these photos are absolutely stunning!! I love how you incorporate GIFs in these too! Do you deliver those to your couples as well? Such a romantic/laid back vibe! I love it!

Thank you so much! 🙂 I do deliver GIFs to couples who request them! There’s not an additional fee for them or anything, just takes a little bit of extra time to create. I’m stoked you like the tones and colors too!

WOW! This session is so on point! I love how creative you were with your angles and cropping. AND the gifs!!!! What a wonderful session<3

Ahhh thank you, Jessica!! I like to get creative for all of my sessions and for this one I really focused on weird angles. I’m glad it shows!

I love the layout and content of this post! And of course, the images are absolutely stunning!

Thank you, Kylie! That is so kind of you to say!

Holy cow. This is ART. These really are amazing. That GIF of her punching him in the stomach is so great. I’m blown away, honestly. Incredible work.

Hi Aimee! Thank you so much!! I’m thrilled you enjoy my work 🙂 And that GIF is probably my favorite one I’ve ever taken haha

LOVE this! Such great vibes, love the GIFs, having them write what they love about each other and then sharing those, and also especially loved the photo of them essentially catching a beam of light – beautiful!! Such inspiration!

Thank you, Ann Marie! You’re kind words just made my day! I’m a huge fan of incorporating GIFs and meaningful moments into all of my couples sessions. And that beam of light makes me feel like he’s harnessing some kind of magic and the geek in me just loves that haha. Thank you for letting me know your thoughts!

While looking at these photos I got some total 80’s vibes. Their kitchen and her relaxing outfit is soo cute! You captured their intimate love so perfectly! My favorite photos are them writing letters to each other and the GIF of her punching him in the stomach xD

Thank you for your kind words, Kelcee! I was totally going for straight 80’s vibes the entire time. Oh yeah, that GIF is definitely one of my favorites too! That’s very much Sadie’s personality hehe. A collection of favorites from our time spent on t

A handful of some of my favorite landscapes I've t

When the development lab includes the sprockets in

One of my favorite photographs to date ❣️ Shot

After organizing all of my personal travel photos,